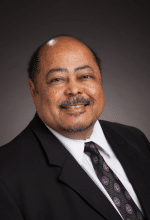 Prior to attending law school, Mr. Hemingway graduated from the University of Washington. He worked for the Port of Seattle in Information Systems and Technical Support for over 17 years before leaving the Port to attend law school. He has always endeavored to help people. While at the Port of Seattle, he served as the Vice President of the Port of Seattle Employees Association from 1983 through 1987, and as Chairperson of the Employees Salary and Benefits Committee making recommendations to Port management on behalf of its office employees. From 1990 through 1995, he served on the Job Evaluation Steering Committee assisting in installing a new point-valued job classification system for all non-union employees and management. In 1993, Mr. Hemingway was awarded the Port of Seattle Outstanding Achievement Award in recognition of his meritorious performance and exceptional representation of the Port of Seattle.

In his personal life, Mr. Hemingway has been happily married since 1987 and has one beautiful and talented daughter. He serves on the Parish Counsel for St. Matthew Parish in Seattle and is a member of the Faith and Spirituality Committee and member of the Holy Names Academy Parent Board. It has been a goal of Mr. Hemingway throughout his personal and professional life to serve and help people.